Women’s history month is dedicated to honoring the women who have come before us by telling their stories that made history.   It is hoped they provide future generations of girls and women the inspiration to not be afraid to step out and try and make their own history.  If you are interested in becoming inspired, checkout  the titles below:

Brazen : rebel ladies who rocked the world / Pénélope Bagieu ; English translation by Montana Kane    Throughout history and across the globe, one characteristic connects the daring women of Brazen: their indomitable spirit. Against overwhelming adversity, these remarkable women raised their voices and changed history.  With her one-of-a-kind wit and dazzling drawings, celebrated graphic novelist Pénélope Bagieu profiles the lives of these feisty female role models, some world-famous, some little known. From Nellie Bly to Mae Jemison or Josephine Baker to Naziq al-Abid, the stories in this comic biography are sure to inspire the next generation of rebel ladies 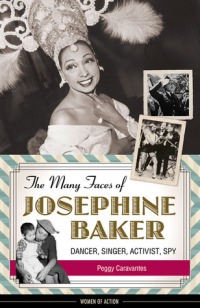 Many faces of Josephine Baker: dancer, singer, activist, spy. / Peggy Caravantes    A complete biographical look at the complex life of a world-famous entertainer.  With determination and audacity, Josephine Baker turned her comic and musical abilities into becoming a worldwide icon of the Jazz Age. The Many Faces of Josephine Baker: Dancer, Singer, Activist, Spy provides the first in-depth portrait of this remarkable woman for young adults. Author Peggy Caravantes follows Baker’s life from her childhood in the depths of poverty to her comedic rise in vaudeville and fame in Europe. This lively biography covers her outspoken participation in the U.S. Civil Rights Movement, espionage work for the French Resistance during World War II, and adoption of 12 children—her “rainbow tribe.” Also included are informative sidebars on relevant topics such as the 1917 East St. Louis riot, Pullman railway porters, the Charleston, and more. The lush photographs, appendix updating readers on the lives of the rainbow tribe, source notes, and bibliography make this is a must-have resource for any student, Baker fan, or history buff.

Radioactive! : how Irene Curie and Lise Meitner revolutionized science and changed the world / by Winifred Conkling    In 1934, Irène Curie, working with her husband and fellow scientist, Frederic Joliot, made a discovery that would change the world: artificial radioactivity. This breakthrough allowed scientists to modify elements and create new ones by altering the structure of atoms. Curie shared a Nobel Prize with her husband for their work. But when she was nominated to the French Academy of Sciences, the academy denied her admission and voted to disqualify all women from membership. Four years later, Curie’s breakthrough led physicist Lise Meitner to a brilliant leap of understanding that unlocked the secret of nuclear fission. Meitner’s unique insight was critical to the revolution in science that led to nuclear energy and the race to build the atom bomb, yet her achievement was left unrecognized by the Nobel committee in favor of that of her male colleague.  Radioactive! presents the story of two women breaking ground in a male-dominated field, scientists still largely unknown despite their crucial contributions to cutting-edge research, in a nonfiction narrative that reads with the suspense of a thriller. Photographs and sidebars illuminate and clarify the science in the book. 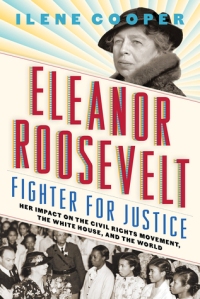 Eleanor Roosevelt : fighter for justice : her impact on the civil rights movement, the White House, and the world / Ilene Cooper    Eleanor Roosevelt, Fighter for Justice shows young readers a different side of the former first lady. Eleanor Roosevelt (1884–1962) was a politician, activist, diplomat, and the longest-serving first lady of the United States. But she was more than that. She was a protector and advocate for those without a voice, speaking out on the labor movement and civil rights. Though now seen as a cultural icon, she was a woman who was deeply insecure about her looks and her role in the world. She recognized her own prejudices and constantly strove to overcome them. Eleanor Roosevelt set the standard for the role of the first lady, and this biography gives young readers a fresh perspective on her extraordinary life. It includes an excerpt of one of her speeches, endnotes, a bibliography, and an index.

Bygone badass broads : 52 forgotten women who changed the world / by Mackenzi Lee ; illustrations by Petra Eriksson
Based on Mackenzi Lee’s popular weekly Twitter series of the same name, Bygone Badass Broads features 52 remarkable and forgotten trailblazing women from all over the world. With tales of heroism and cunning, in-depth bios and witty storytelling, Bygone Badass Broads gives new life to these historic female pioneers. Starting in the fifth century BC and continuing to the present, the book takes a closer look at bold and inspiring women who dared to step outside the traditional gender roles of their time. Coupled with riveting illustrations and Lee’s humorous and conversational storytelling style, this book is an outright celebration of the badass women who paved the way for the rest of us. 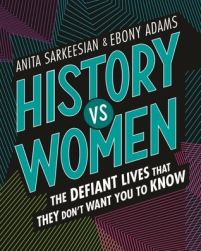 History vs women : the defiant lives that they don’t want you to know / Anita Sarkeesian & Ebony Aster with illustrations by T.S. Abe    Rebels, rulers, scientists, artists, warriors and villains
Women are, and have always been, all these things and more.  Looking through the ages and across the globe, Anita Sarkeesian, founder of Feminist Frequency, along with Ebony Adams PHD, have reclaimed the stories of twenty-five remarkable women who dared to defy history and change the world around them. From Mongolian princesses to Chinese pirates, Native American ballerinas to Egyptian scientists, Japanese novelists to British Prime Ministers, History vs Women will re-frame the history that you thought you knew.  Featuring beautiful full-color illustrations of each woman and a bold graphic design, this standout nonfiction title is the perfect read for teens (or adults!) who want the true stories of phenomenal women from around the world and insight into how their lives and accomplishments impacted both their societies and our own.

Still I rise : the persistence of phenomenal women / Marlene Wagman-Geller ; foreword by Laurel Corona
Who are the great women leaders in history? Who are the women heroes who personify “girl power”?  Intrepid women heroes: When Nelson Mandela was imprisoned in South Africa’s brutal Robben Prison, he tirelessly turned to the poem Invictus. The inspirational verse by the Victorian William Ernest Henley, penned on the occasion of the amputation of his leg. Still I Rise takes its title from a work by Maya Angelou and it resonates with the same spirit of an unconquerable soul, a woman who is captain of her fate. Just as Invictus brought solace to generations so does the contemporary classic. Still I Rise embodies the strength of character of the inspiring women profiled. Each chapter will outline the fall and rise of great women heroes who smashed all obstacles, rather than let all obstacles smash them. The book offers hope to those undergoing their own Sisyphean struggles. Intrepid women heroes are the antithesis of the traditional damsels in distress; rather than waiting for the prince, they took salvation into their own hands.